In the video above, relationship expert Coach Lee discusses a common concern expressed by his coaching clients.

Be sure to watch this important video all the way through before or after reading this article.

Their concern is if their ex boyfriend or ex girlfriend will move on if they use the no contact rule after a breakup.

If you don’t have your headphones or don’t have the privacy to listen to a video right now, the following article accompanies the video above and Coach Lee recommends that you both watch the video AND read his article on this topic.

Your understanding is key to getting your ex back.

Will Your Ex Boyfriend or Ex Girlfriend Move On If You Use No Contact?

The worst has happened.

Your boyfriend or girlfriend has told you that they want to break up and no longer be romantically involved with you.

It’s likely you found this website by searching for information on how to get your ex back or by watching one of my videos on YouTube.

You went to war to get your ex back and you likely read or listened to me recommend the No Contact Rule.

However, the concept of no contact with your ex possibly struck you as something that might push your ex away or even cause them to move on by seeking a relationship with someone else.

If that is your concern, you are at the right place!

While implementing the no contact rule would have pushed your ex away while the two of you were together, it very, very often has the opposite effect after a breakup.

There is a reason for that.

While the two of you were dating and happy, you were in a position known in the world of relationship science as Interdependence.

You might have even been in co-dependence, which is similar but not the healthiest of states for your relationship to be in.

However, many relationship educators exaggerate co-dependence as being the Boogeyman of relationships.

Sure, being co-dependent isn’t ideal, but many couples go through it to some level while they are in the early, honeymoon stage of a relationship (what is called Limerence) and turn out just fine or even great.

So I’ll skip over the lecture.

While you are in interdependence (or co-dependence), you are both in the same place by desire and by choice.

See the diagram below:

The opposite of interdependence is independence.

The polar ends of the diagram above would show independence.

So after a breakup, the diagram would be like this:

The diagram above is actually what is being attempted by a boyfriend when breaking up with his girlfriend.

He has moved to independence.

If she also moves to her own independence, the breakup has actually happened with consequences for each person.

But if, instead of moving to independence, she remains in interdependence, the diagram would look something like this:

At this point, she is intruding and fighting against his decision.

Her mental state often becomes, or at least appears to be, obsessive and emotionally weak.

While fighting and chasing might seem like the right thing to do, it is most often futile and only pushes him further away.

Obviously the sex of the individual is not important to this concept but only used in this example.

The reason that chasing someone after a breakup does not work is because of the dumper’s frame of mind and emotion.

Your ex does not want what you want or else he/she wouldn’t have broken up with you.

Unless there was some extremely bad action on your part such as cheating or violence, your ex did not come to their decision over night and, therefore, it is highly unlikely that they can be won back over night.

It could have started logically, as in the case of the challenges of a long distance relationship, and then turned into a feeling of emotional distance.

It could have been for other reasons that turned into emotional distance or, more accurately, a drop in emotional attraction.

No matter the reason, the cause of the breakup is their drop in emotional attraction for you and it’s not something that can be solved by talking with your ex, telling them how you feel, or begging.

In fact, those things only cause them to feel trapped because they are seeking independence but the chaser is denying that.

With their back against the wall, they stare back at you as a different person than you knew.

You can’t look into their eyes and find the person who was interdependent or co-dependent with you.

They have emotionally forgotten.

As you can see from the chart above, the only way back to interdependence is for your ex to make the move toward it and toward you.

Your movement toward your ex by chasing in any form might feel good temporarily, but will be an illusion. (Also see my article: Does Your Ex Want You To Chase?)

You can’t feel it for them.

Moving toward them, as pictured by our diagram above, might feel like the two of you are, once again, in the same place, but it is artificial and off-putting.

No contact sends a clear message to your ex that you are going back to independence.

When your ex  was first attracted to you, you were independent from him/her. So don’t fear that position.

At this point, it is your strongest and most attractive strategy. 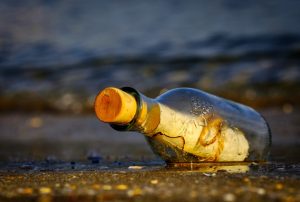 Why Is Independence and No Contact Attractive (and Effective)?

At the moment, you are feeling the loss of the breakup.

I don’t have to tell you that it is an emotionally excruciating experience.

The reason that I am strongly recommending that you do not contact your ex is because he or she must feel motivation.

Your ex has to actually want you back and for that to happen, there must be something missing.

Your ex must feel the loss that you feel.

You feel loss because your ex has taken themselves away from you. You lost them.

And look how motivated you are.

Your ex must be motivated to get you back. He or she must fear losing you in order to have desire to reclaim what they had.

Your ex must miss you and that can take time.

Especially when you consider the stages an ex goes through in no contact.

People often ask me what their ex is thinking during no contact and, though my suggestion to you is to avoid over-analyzing or thinking about it too much, I can tell you that when you don’t chase and don’t contact them, they can actually truly feel the breakup and realize that they don’t want it.

So rather than help your ex move on, no contact slows or potentially reverses that.

Chasing and contacting your ex is what actually will cause them to move on – and they will be running.

It won’t be easy to stay in no contact.

But if you truly love this person, you are willing to do something difficult to get them back. Right?

Get more information on my Emergency Breakup Kit.