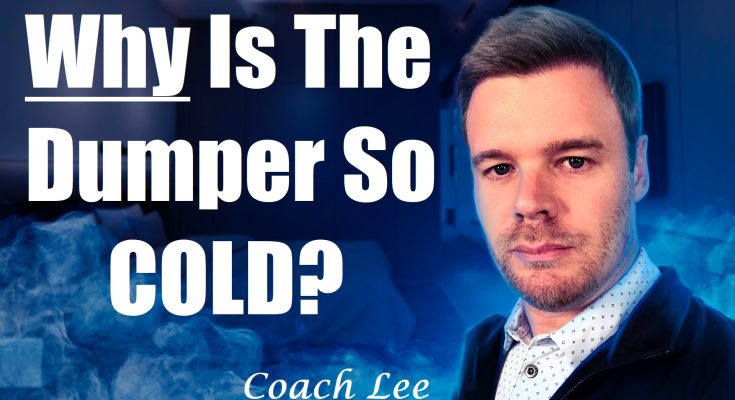 This is Coach Lee and i’m going to talk to you about why the dumper acts so cold after a breakup.

Over the years a lot of people have expressed their dismay, their hurt and their surprise at this person who they thought they knew who’s now broken up with them but in addition to that, is acting coldly or even cruelly or hateful toward them.

So it’s not just that this person has broken up with them, but now they’re being mean, they’re being hateful and the question is “Why?”

Why would this person who loved me seemingly a day ago, a week ago, a month ago, why would they treat me so harshly now?

This even seems more difficult to swallow because you would think that the other person would have some sympathy towards you, that you’re going through this pain that they can clearly see and that you’re experiencing and yet they behave this way.

So I’m going to give you some insight into that and it might help you understand them a little better and that they don’t fully mean to do this to you and they’re not aware of it a lot of times or they feel they have reason to do it like to protect themselves.

So let’s dive in!

1. Your ex feels certain in the moment

And what I mean by that, beyond the obvious, is that you having all this doubt does not relate to them. In other words, they don’t understand it because it’s not going on inside of them.

They don’t have that doubt.

With what I teach to help you get your ex back, like the no contact rule and other things, it can help them to have some of that doubt – and that’s important because you need them to, first of all, doubt their decision but secondly, to doubt how they viewed you and that is that you were less attractive than them and that they could get you back at any second.

I get into that in a lot of other videos and my Emergency Breakup Kit but for this video, just know that, at the moment, your ex is so certain of their decision that any opposition to that is frustrating.

It’s like when you know what you want but someone else is trying to talk you out of it – and i’ll get into more of that in just a little bit.

2. They have already had these conversations in their mind

You see, usually most breakups happen over a long period of time – at least weeks, months, even years in some situations where this person thinks about wanting it and they don’t feel the attraction they felt for you at one point.

The relationship doesn’t feel the same and sometimes they even use the word boring – which sometimes can be shallow but they reach a point where they think “I don’t want this,” and they pull themselves back and they have these internal conversations that a lot of times you aren’t privy to.

Sometimes they talk to you about it. Hopefully they did and sometimes maybe you don’t fully hear that or you think changes have been made or this person is immature and so when things are not just super exciting and the fireworks and the limerence of the beginning of a relationship, they see/think the relationship is over.

That’s how they feel about it.

So they have these conversations where they try to talk themselves into staying -“I’ll give it another weekend. I’ll give it another week, another month…” and if things don’t change eventually they become numb to it and they just decide it’s over and so when you start trying to talk them into staying, it’s as though they’ve already had this argument and discussion and sometimes literally they have already had these conversations with you.

Other times they’ve just had them inside of their mind and so they’re frustrated.

They’re having to do it again and also, it feels like you aren’t validating what they think and feel. As though you’re saying “I don’t care that you feel this way” or “You don’t really feel this way,” and that’s one of the worst if you ever tell them “No you do want to be with me, you do still love me,” and they do in their own way (in a general sense usually or in a friendship sense but you don’t want that, you want a romantic relationship with them and so that’s the problem) and it’s as though you are saying that they don’t know how they feel that they don’t know their own feelings which will only push them away. So do not do that.

And so don’t be surprised if that happens but also, stop trying to talk them out of it.

You need to give them the breakup and I talk about that a lot so that’s probably not news for those of you who watch my videos but giving them the breakup is actually one of the most attractive things you can do.

3. Your ex feels that you are preventing them from getting what they want

And so in many ways, you are their captor, you are imprisoning them, you’re trapping them and they feel like they can’t escape – and you don’t want them to feel that way because that’s not attractive at all.

That’s why it’s so important to give them the breakup and to back off because if they feel like you are trying to keep them from it and they really want it, then they pull and push and fight even harder to get away from you and they go further away from you.

So there’s more ground to have to make up to get back to where they think that they want to get back together or they’re at least considering it.

So do not push them and if you have been pushing them, stop now! Don’t push them away any further because even though it may not feel good to give them the breakup, the fact that you’re not pushing them away further and that you’re actually not making them feel like they need to run away from you gives them a way back to you.

I talk about that in a lot of other videos and in my Emergency Breakup Kit.

4. Your ex doesn’t want to know that you’re hurting

That’s what they think they want but they really don’t want that because if you don’t show pain and if you give them the breakup and don’t chase them, it hurts their ego because it’s like they think, “Am I not worth chasing? Why are they not fighting to keep me? Am I not just super sexy and attractive like i thought I was?”

It also makes them think that you might be more attractive than they thought you were.

And that’s the key to a breakup – attraction falling.

And so if they think that you’re not in pain – whereas at first they may prefer that – it will actually get to them in a good way for you as time goes on.

In fact, they’re mad at you for it and sometimes that’s what a narcissist will do or someone who is just so self-centered that they don’t have empathy for someone else.

But in this case, a lot of times it’s when an ex feels like things just need to happen this way because this is what they want and they’re tired of feeling guilty about it or seeing you hurt and it’s not the best character example, but it is realistic and is what a lot of them feel in this situation.

So while I’m not telling you not to hurt because that’s ridiculous, I am telling you, if you can, don’t show it because at the moment you need to show strength and they need to feel like you could get away and move on.

If yo don’t believe that you are strong enough to move on, you need to start telling yourself that because in order for you to get your ex back they need to believe that you could move on and that one day they could want you back if they were to change their mind and you could not be gotten back.

That is the genesis of attraction being re-established.

5. Your ex is less patient when attraction has fallen

And what I mean by that is, if you are very attracted to someone, you are more patient with them.

They can mess things up, they can misunderstand you, they can flake on you, and you seem to be a little bit more lax with them.

It’s okay but as attraction falls, you actually lose patience and it’s just human nature because we’re not perfect.

After a breakup you, need to give them the breakup and give them your silence.

And if you keep giving them your communication and presence, because of the fact that they thought so low of you as far as attractiveness goes to the point of breaking up with you, whenever you’re around them you are putting something in front of them that is unattractive to them.

So you’re just reinforcing it and what you need to do is back off so that your attraction can rebuild and reignite.

And I have an online workshop coming up! You can get more information about it at RelationshipReignite.com.

It’s an online workshop where I help people who are trying to get their ex back and this is one of the things I’m going to talk about a lot is how important it is to give them the breakup, to back off and stay away so that you’re not putting your most unattractive foot forward but instead, you’re going to allow attraction to rebuild.