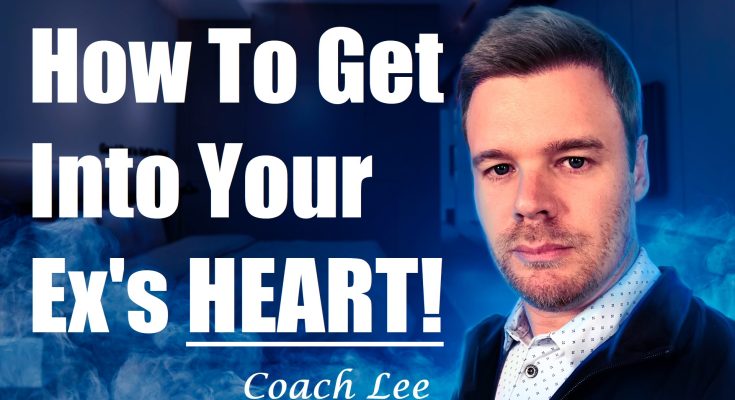 The raw transcript for this video is below and is being formatted. The video for this content is above.

This is actually really important.

And while it is showing some strength, it’s also showing weakness. But it will put a wedge between you and your ex and so it’s very important that you get into their heart and i’m going to explain how you can do that.

1. The first way that you can get into your ex’s heart is the no contact rule.

That might sound a little surprising but here’s how it works.

Basically after the breakup, your ex is focused in a different direction.

He or she wants to get away from you and they see their life somewhere else or maybe with someone else.

You will actually make them feel further away from you and you will feel to them that you are out of touch. They will think of you as being out of touch with them, out of touch with reality and feel that they don’t connect with you because the two of you are on such different places.

Your ex is on a bit of a mountain top and you are in a bit of a valley and so the relationship isn’t there. So when you act as though you don’t get that, they don’t feel for you anymore what they used to – there’s a disconnect that will not help you get into your ex’s heart and so you have to back off to keep them from moving further away but also so that they will turn and look back at you emotionally speaking.

The way that you do that is by not being there so that they can actually think about you and it’s something that is conceived within them – it’s not you putting yourself there.

When it starts inside of them, it is exponentially more powerful and that’s what you need as far as a first step. If you do these other things that I’m going to mention without no contact, it will not work.

It will only push them away and it will look like you’re out of touch and that you don’t understand. They have to feel like you get them.

As a matter of fact, that’s really important. Even in the breakup, they have to feel like you understand them and how you show them that is by giving them the breakup.

When someone’s angry at us, when they are yelling, when they’re saying cold, rude or hateful things, we feel that they don’t understand us.

Why do we feel that way? Because we tend to justify our own actions and we know our own thoughts and so a lot of times we have difficulty explaining those but when we have what we think are good intentions or we have no choice and the other person responds in anger, even though we might not think of it in these terms, we feel that they don’t understand us.

So if, as I mentioned in the previous point, you are begging and pleading and trying to get them back after a breakup and saying “let’s just work this out, let’s just talk this out,” they think you don’t understand them.

That is because we know our heart and we know our thoughts. We know ourselves better than this other person does and so we assume there’s something they don’t know or else they wouldn’t be treating us this way.

So you are basically revealing your ignorance of their heart, their character, their personality and who they are. That will drive you even further away. So avoid anger like the plague!

Early on, right after the breakup, some frustration and anger is normal, natural and will probably show up. I’m not saying that if you did that, that you ruined it.

What I’m saying is that going forward, anger should not be a regular response to your ex and you should avoid it.

3. Your best friend in all of this besides no contact will be memories

I’m talking about memories that the two of you share. And so when your ex starts to interact with you or reach out some or you have to interact with them socially like at a job or school, it will be a good thing for them to think back on memories that you two have and any kind of interaction where you can insert those memories casually, you are seeding their thoughts so that they can think about that and remember how close you two were and how much fun you had together.

So inside jokes and inside stories help with this.

So anytime you are able to interact with your ex and when I say able, I mean that it is initiated by them or it sort of happens just because you’re seeing them out in public and it’s something where you don’t want to be rude or ignore them but you just casually say “hello” and then they start to extend the conversation. That’s when you can mention some of these things that will help.

Just be careful how you do it and be casual, subtle and brief. Then say, “Well I need to get going.”

If you left the “memory seeds,” you can do that and it can be effective. So when your ex is away from you, they can think about these memories and it can actually cause emotional connection even though you’re not there in front of them.

So it’s a great way to get into your ex’s heart and it is high on the list.

4. Listen to your ex

If they feel they can tell you about what’s going on with them regarding the facts and feelings of their life without your judgment, without your anger, and if they feel like they can talk to you, that you’re a good listener, then they will feel that you understand them and that’s a theme that I keep mentioning – that they will feel understood and known by you and that’s where intimacy comes from.

These things that i’m mentioning are either good for intimacy or hurt intimacy (in which case I’m telling you not to do them like with anger) and so when you listen to them, they feel that you are someone who has heard their story, who’s heard their details and that causes them to feel closer to you and that’s really what makes us feel close to anyone (we talk and we share).

So while it’s good that you say some things, it’s important that they feel you hear them and that they see you and experience you listening to them as they tell you about their life (which is what they’re doing when they tell you anything).

Listening will open the door wider to the heart of your ex.

When you lie to someone, you are hiding from them and so it prevents them from feeling close to you.

You are preventing them from feeling closer to you and you are putting walls up around their heart that you will not be able to penetrate while you’re lying to them.

It will take a while to recover from that so stay away from lies. Be truthful and when you feel like that the truth is damaging or it’s not appropriate in the moment, change the subject if you can.

Ask if maybe you could talk about it later or only give them the details they need but avoid being dishonest with them.

A lie will harm the dynamics between the two of you even if they don’t find out but if they do find out, you will make it to where they look at you as someone who they cannot trust and who has ulterior motives.

They will see you as disconnected from them.

6. Do not betray their confidence

That’s another reason I tell you not to go talking to your friends about the breakup. Because a lot of times, they overestimate their ability to help you and so they’ll go to your ex sometimes and say “She cried all night and she won’t go anywhere because she misses you so bad,” which will actually harm your chances in most situations but also if you say something they take out of context and they tell your ex, your ex is going to think that you’re talking badly about them or even talking about them at all!

Be careful who you talk to because you never know what will make your ex feel like you betrayed their confidence or that you spoke out of turn and/or that you shared things that shouldn’t have been shared and should have just been kept between the two of you.

That will keep you out of your ex’s heart!

7. When you do interact with your ex, it’s important to be playful

People who are playful and joke with us a little bit and mess with us or even pick at us slightly but not hurtfully are people we feel know us well since we have this connection that we don’t with other people.

It’s mostly flirting and it’s something that you can do even if it’s under the guise of you not pursuing them.

So if they’re just interacting with you, feel free to be playful and to joke with them a little bit. It’s a great way to bolster the connections you have with them and to get into your ex’s heart i talk a lot about this by the way my Emergency Breakup Kit.