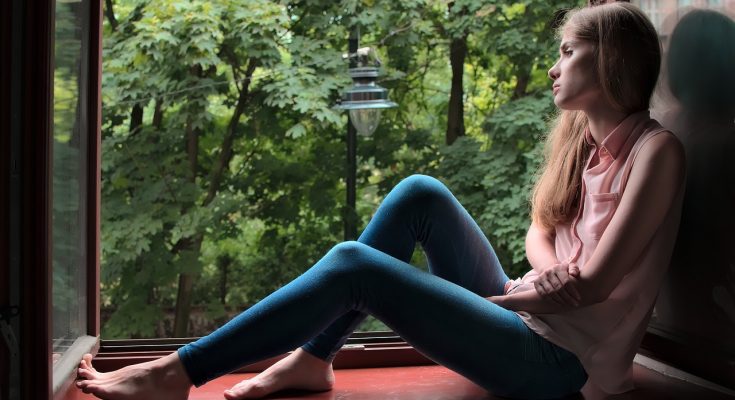 One of the somewhat common things that I hear about after someone is broken up with is that their ex claimed that they actually never loved them.

That is given as a reason for the breakup and a reason why they can’t get back together.

Such a revelation is often a shock to the person who is hoping that the two can get back together.

This is known in the world of relationship-enrichment and coaching as “rewriting history.”

If your ex boyfriend/girlfriend or spouse told you that they never loved you to begin with, they most likely have rewritten history.

Though your ex might tell you that they never loved you simply to discourage you from trying to talk them into getting back together, it’s actually possible that your ex might indeed have forgotten how they used to feel about you.

I’m referring to them forgetting about the feelings and love they had for you during the relationship.

How Could My Ex Just Forget About Our Love?

There’s something interesting that can happen to some people who experience a very intense relationship with someone.

They can forget how intense it felt.

The reason is that such an intense, passionate connection is usually the mental state known as limerence.

Limerence is where chemicals produced by the human brain – in large part dopamine – create a sometimes obsessive and often times wildly passionate infatuation with someone.

The person in many ways becomes addicted to dopamine and unknowingly desires to be around that person because of the dopamine their brains produce in their presence.

Dopamine has a numbing impact to emotional (and even physical) pain that might exist in other areas of someone’s life.

It can also produce a mild amnesia where the situations you experienced while under its influence are difficult to completely remember.

Does it ever seem difficult to recall what the two of you did together or said to each other on certain dates or times?

The feeling seems easy to remember if you are still in limerence with that person, but you might have difficulty remembering the details because of the impact dopamine has on you.

If your ex was in limerence with you but it faded, they could have difficulty remembering the feelings they had for you as well because of the dopamine.

Since they no longer produce as much dopamine when you are with him/her, it’s difficult for them to relate to how they felt toward you when that was going on.

It doesn’t make sense now that it has faded and that tends to contrast with what they feel now – which is probably in large part numbness.

This numbness can lead to them saying things to you such as, “I have moved on,” or that there is no chance of you two getting back together.

Can I Get My Ex Back If He/She Says They Never Loved Me In The First Place?

If you have read many of my articles of watched my videos, you know that I have seen couples in dire situations overcome and get back together.

That includes instances of where an ex rewrites history and thinks that he/she never loved you in the first place.

I’m also extremely optimistic about you being able to get your ex back by use of the No Contact Rule (or if you are married or have children together, the Intelligent Contact Rule).

It doesn’t work every single time.

But it works a lot and so I’m more surprised when it doesn’t work.

Can it work if your ex is telling you that they never loved you at all?

The reason for this is that it is your absence that is needed to remind them of how they felt about you and for them to realize your place in their life.

At the moment, whether your breakup is fresh or if you are still interacting with your ex in an effort to get him or her to come back to you, your ex isn’t getting to actually experience the breakup.

By resisting the breakup and remaining present in the life of your ex, you do nothing to change their mind about what they felt for you.

After all, they were with you when they decided to break up with you, so that is not something that kept them or re-attracted them.

Your ex needs to be left alone with only the memories you two shared.

Only when your ex is alone can they enter into the stages an ex typically goes through after breaking up with you.

You need for your ex to reflect on the relationship you two had.

That can only happen when you exist only in their memories.

You might be asking why your ex would reflect on the relationship that you two had if they wanted to breakup with you and are now saying that they never loved you anyway.

The reason for this is that when something in live disappears, even if we don’t think we need or want it anymore, our brains notice its absence and attempt to fill in the void it left behind.

I’m not saying that your ex will flip a switch and be head-over-heels in love with you again.

I’m simply saying that human nature is to notice change.

In this case, you were a huge part of your ex’s life at one point.

So the attempt to fill the void you left will be significant.

Filling the void will mostly be recreating you to a degree in their minds.

Your ex will most likely reflect on some of the things that you to did together.

At first it won’t be because your ex is missing you.

At first it will be simply because the mind of your ex is seeking balance, stable ground, and a sense of sameness.

It’s not romantic at first but it starts the process of your ex beginning to question the claim about not ever having loved you.

It gets your ex thinking about you, being curious about you, and eventually, feeling that they could lose you forever if they are making the wrong decision in terms of breaking up with you.

Often times staying away is how you get your ex to miss you.

It takes time, but the first step is you leaving your ex alone.

Let your ex experience the breakup.

If you don’t, your ex can’t see that they don’t want it.

If you don’t let your ex experience the breakup, he/she will be able to go right on thinking that they didn’t love you anyway.

Experiencing life without you and the concern that they could lose you forever if they made the wrong decision is how you can show your ex their true feelings for you.