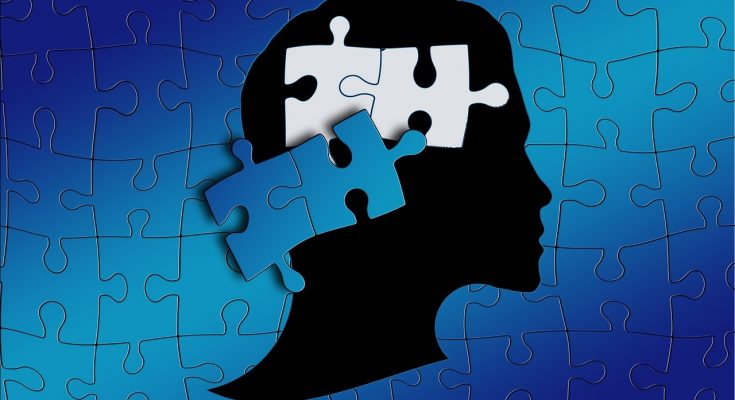 The psychology of the no contact rule on your ex boyfriend or ex girlfriend after they dumped you is that your ex must experience the consequences of the breakup in order to realize if they actually want it or not.

It’s very important to watch the video above all the way through and then to read this post to the end.

If you want your ex back, it’s important that you truly understand how this works, even to the point of it being subconscious, for those days of doubt and to know how to respond when your ex starts doing things that suggests no contact could be affecting him or her psychologically.

The psychological affects of the no contact rule on an ex is something I am asked about often.

People in your shoes want to know what is going on in the mind of the person who they want back.

I have written other articles about this topic and will likely post others in the future since it is a nuanced subject that is important to people who have been dumped.

First of all, it’s important to understand this:

In order for it to psychologically impact your ex boyfriend, ex girlfriend, or spouse who wants to leave you, you must be silent long enough for it to have a compounding and traumatic affect on him or her.

If your ex got to the point where he/she thought they wanted a breakup and they went through with it, the No Contact Rule isn’t likely to have them running back to you right away.

What’s more, you don’t want it to work that quickly.

If your ex comes back to you before they learn a deep and personal lesson, your odds of staying together permanently are quite a bit less.

What is that deep and personal epiphany your ex must discover for themselves?

There’s actually more than one.

Some of these breakthroughs or psychological finish lines serve to guide your ex to yet another plane of thinking, reflecting, and inner journeying.

I often compare the psychology of the no contact rule on an ex to a cake baking in the oven.

You can’t bake the cake faster by turning up the heat.

You’ll just ruin it if you do.

The reason for that is because time is an essential part of the recipe.

You can’t rush the process of getting your ex back.

Thus patience is a required arrow in your quiver.

Your Ex Must Have Experience and Realizations

The reason it almost never works in just one day or only one week is because your ex girlfriend or ex boyfriend must experience time away from you in order to witness their response to your absence.

At the start of the breakup, it’s likely that not getting a “Good night” text from you won’t yet be a painful experience for your ex.

The first night isn’t a problem and neither is the second.

However, two weeks without hearing from you, though rarely enough to result in a desperate phone call to you to beg you to take them back, can be an eye opener and that’s important.

What often happens is that your ex realizes what day of the month it is and makes the connection that it has been two weeks (or a certain amount of time such as one month, 30 days, etc.) since they’ve heard from you.

That realization can guide your ex into the second stage of no contact.

The first stage was relief to have the breakup over with, but the second stage is curiosity (see my article, “Stages Your Ex Goes Through During No Contact” as additional reading after you’ve read this article all the way to the end).

Now when your ex doesn’t hear from you and their phone stares back at them silently, they are curious as to why.

You see, your ex feels more attractive than you because he/she was the one who broke up with you.

Even if your ex is a good and humble person, breaking up with you made them feel that they were more attractive than you.

The reason for this is because they were the one to dismiss you and their assumption is that you still wanted to be with them when they broke up with you.

So in the shallow stage of curiosity your ex wonders why you aren’t begging them to take you back.

Are you not as attracted to them as they thought or as you once were?

Or even worse, are they not as attractive as they thought they were?

At this point, your ex isn’t showing exceptional emotional attractiveness by their inner thoughts and feelings, but they aren’t finished yet.

At this point, all that has happened is that your ex has turned back toward you in terms of their attention.

Since you weren’t chasing them, your ex had no reason to run further away and turned around to see if you were even behind them anymore.

It’s at this point that real progress can be made, even though getting them to this point was progress on its own.

This reveals a chief aspect of the psychology of the No Contact Rule and that is that your ex must experience the breakup to realize that they don’t want it.

Each step along the way requires experience for your ex to learn and to carry with them to the next step in their way back to you.

From Mystery To Understanding

Though it makes perfect sense to you and me that the reason you aren’t contacting your ex is because the two of you are broken up, it is a bit of an oddity that people in your ex’s shoes will often first react by feeling that your silence is mysterious.

Don’t worry, that’s a good thing for your efforts to get your ex back!

It demands attention, investigation, reflection, and can lead to preoccupation.

Those are all good things if you are desiring to attract or re-attract someone.

This mystery leads them to a beginner level of understanding that the breakup has consequences.

Dumpers are notorious for thinking that they can have their cake and eat it too, or in the psychological world, we often refer to that as a form of cognitive dissonance.

That’s when someone takes an action that they believe to be morally wrong or know will have certain negative consequences for them, but they don’t seem to see the consequence as being real until they experience it.

So the person is often surprised by the consequences even though they understood it would happen before they took action or were morally opposed to such actions.

Your ex is likely about to be neck deep in cognitive dissonance.

From Understanding To Internalizing

It’s one thing to understand what a breakup means.

It’s another thing to internalize it and be affected by it.

If you don’t use the No Contact Rule, but instead, stay in touch with your ex, chase, and beg them to get back together, you will almost certainly keep your ex in a mental place of logically understanding the breakup, but not internalizing it or feeling the reality of its negative consequences.

It’s because your ex doesn’t have to feel the risk of losing you.

After all, if you are continually demonstrating to your ex that you want him/her back, that you are attracted to them, and that you are trying to get back together with them, there’s no risk or fear of loss for your ex.

Your ex doesn’t have to come face to face with the possibility of wanting you back but being unable to have you because you are showing him/her that you are continually available for reconciliation.

It is only when your absence forces your ex to learn that you could move on and that there could come a time – or it might already be here – when they could want you back, but you would have moved on.

That’s not a possibility that your ex internalized when he/she broke up with you.

As the dumper, they held control of the situation.

They could take you or leave you.

They were your dictator, holding the power.

You were subject to your ex, only able to beg for their mercy.

Your ex realizes that you could be the one to want something else.

In fact, now your ex is in the anxious position of worrying that their act of breaking up with you could be a mark against them in your mind/heart.

That maybe they messed things up by dumping you.

They showed lack of commitment or got on your bad side.

It all makes sense, since your ex hasn’t heard from you.

It all takes time to impress this on your ex.

Factor that in with the realization that your ex had you but tossed you aside.

You can see how this can begin to truly work on your ex and cause them to seriously consider your role in their life and to reach out with desperation.

This combined with missing you is often the recipe needed to get your ex back.

No contact is not about being cold or playing hard to get.

It’s about giving your ex the breakup and allowing them to experience your absence in their life.

It is often successful in getting your ex back but also in helping you reclaim yourself.

With it you can gain immensely from my two decades in the relationship-recovery service.

It is a powerful guide to help you get your ex back!

I truly wish you the very best!