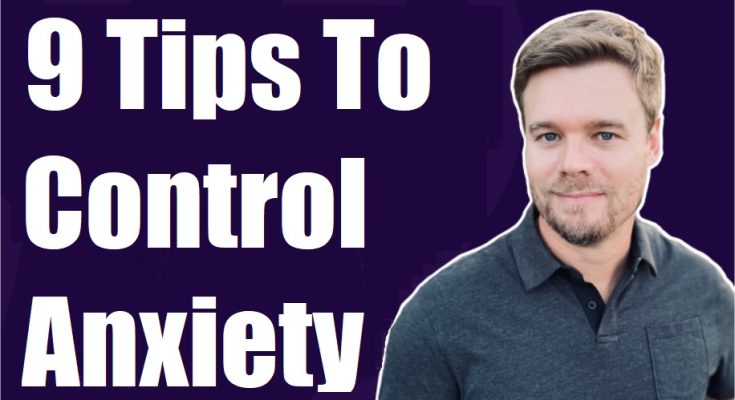 This is coach Lee, and I’m going to show you how you can stop your anxiety quickly.

The first thing is to not try to fight anxiety because you actually give it more power. You just raise your blood pressure and give it more weight than it should be getting when you try to fight it, because it’s something that you just cannot ignore, push away, or pretend doesn’t exist.

When you try to fight anxiety, you are actually giving yourself another task in addition to the anxiety you already feel.

It’s making this more difficult because not only do you have this anxiety, but you’re also trying not to have it.

And so you’re combining two difficulties, so let’s eliminate one.

We’re not going to try to fight it. We’re going to observe it, let it do its thing, figure out where I feel it, what it feels like and why I’m feeling it.

And that’s one of the keys to stopping anxiety. Let’s see if we can figure it out. What is causing this? Are there reasons? Am I facing things that are causing me to feel anxious, to feel this worry?

Because if you are, then that will help with the first step I’m going to tell you about to help stop anxiety attacks, but if you can’t isolate it down to some actual situations and circumstances in life, that tells us something else about how we need to fight it.

And I’m going to get into both of those in the first step, which is:

That means rather than ignore it, rather than try to fight it and not feel this way, we’re actually going to simply observe it and try to put this thing on paper.

So you get out a piece of paper. Maybe you have a spiral notebook and you’re going to write down what it is that is making you feel this.

You will actually be surprised at how writing it down will give you some relief.

Just having it on paper, where you don’t have to worry about forgetting it, matters because sometimes people tell me sometimes they get anxious because they forget what their supposed to be anxious about. And so knowing that it’s right there on paper, and you can say, oh, what is it? Oh, that’s it. That’s right.

Because then if the matter is resolved, you can actually feel better and not have to think about it and worry about it. But if you’re just sort of in this mode of being anxious and you don’t remember what it was, then you might be being anxious for nothing, but you’re going to make this worry list.

And so rather than fight it, when you start feeling this, you’re going to know “It’s on my worry list.”

You just let it happen. There’s no rules. You can just sit there and worry about everything on that list.

And in that way, you are able to take care of step three, which is that you stop worrying when it starts so that you don’t lose all this energy and create basically where you’re irritating. And where you’re in a cycle of anxiety that you just can’t get out of.

If you can stop it when you start to feel it by saying “not right now, I will worry about that, but I’m not going to right now,” then you’re able to keep yourself from getting entrenched in it to where you just can’t get out of this cycle and this pit of anxiety.

And so stopping it when it starts reminding yourself, I have this on paper, I have my list and I will take time to do this, but right now I’m doing something else.

Spend on this time alone

When other people are in the room, it’s either going to be distracting or if they’re trying to assist, they may actually tell you, “No, you don’t need to worry about that,” or they might just get in the way.

So worry time is something that is done preferably alone.

You may not be able to worry alone every time, but when you can just be by yourself so that you can focus because you know what’s going on and you don’t have to worry about the obstacles that other people can create.

You want to get in there, get this done, and get the worrying out of the way so that you can move on with your life.

And maybe you say, no, I’m going to worry about that when it’s time to worry about it, but it just doesn’t quite alleviate things like you would like, because there’s this pressing issue or it’s just a particularly bad day.

And what you do is you basically question your anxiety. Even if right now you have all these doubts and you feel silly because you just don’t really believe it.

Go ahead and do it. Verbalize it. Even if it’s just something you have to think about in your head.

Or “Maybe it’ll go right.” Or “This could totally work out. Like I want it to.” Just say positive things to your anxiety.

Even if you feel like you’re just parroting words, the Coach Lee told you to say, in time it will impact you positively.

This is something that you regularly do.

You don’t just do it every now and then, but you try to tell yourself these things. You push back against anxiety every time you’re faced with it.

Question it and then say, and “I’ll worry about that when it’s time to worry about it,” when you have these issues and they’re on your list, even if they’re ongoing in your life.

The real question is, do you have a plan and that’s number six.

Ask yourself if you have a plan

Even if you don’t feel good about the plan, at least you have a plan and it’s not just all up in the air.

And a lot of times you’ll be surprised because if you’re planning, then you have a really good chance of eliminating this and striking it off your list.

So if you have a plan to the point that it feels stable and at least there’s some sort of answer to whatever this issue is, cross it off the list.

Doing that actually feels really good. And you get what’s called dopamine from your brain (similar to the limerence high), which is a feel-good chemical when you cross it off the list.

So when you can find those plans and potential solutions, you’re able to cross things off. That’s a great thing to do.

Then a lot of times I talk to someone or one of the coaches on my staff is talking to someone about their anxiety and they’ll say, do you have a plan for this? And the person hasn’t even thought about it.

So they’re basically just worrying about this and it’s impacting them so much. And they don’t even know if they have a plan or if there’s a potential solution.

But if there is a plan, you can cross it off the list and you don’t even have the anxiety with it anymore.

So it’s a powerful thing to do. And if you don’t have a plan, then you can write, “I need to get a plan,” which is, in itself, a plan.

Before I get to number seven, take a quick second and click subscribe so you can be notified when I have more videos like this that can help you overcome anxiety and panic attacks.

Remind yourself that you have survived anxiety before

You’ve been through this before, and you’ve survived a lot of times.

The anxiety itself is something we often feel like we’re scared of and like we’re not going to survive.

And so remind yourself of that. It’s a powerful affirmation.

Stay in the moment

That means that you’re breathing. You’re focusing on your breathing and just right here.

One second, two seconds – you’re not allowing yourself to get much further than that, because really, based on research that’s been done on how people process things emotionally and mentally, seven seconds is about as far as you can actually live into the future.

So when we start taking things that are days out or weeks out, and we try to force them into those seven seconds, it’s impossible.

The best thing you can do is to focus right here on the seconds in front of you, even the milliseconds. That moment in between the seconds can be so precious and so powerful.

Whenever you find yourself with your thoughts, drifting to something in the future, pull yourself back.

You’re just focusing on your breathing. You’re observing what’s happening around you.

You’re not going to let yourself get too far out.

You’re going to focus right here and keep bringing yourself back, focusing on the next breath, because that’s really all you have to do and all that anyone is asking of you.

All that’s being demanded is that you breathe in and out.

And I have articles on MyAnxietyPeace.com about techniques you can do to breathe that can really help your anxiety as well. So take a look at that.

You can schedule a coaching call with an anxiety coach on my staff who can help you manage and overcome control anxiety so that it doesn’t control you. 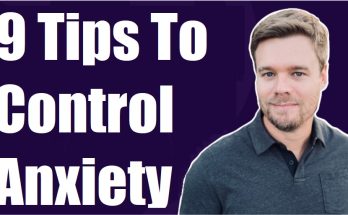