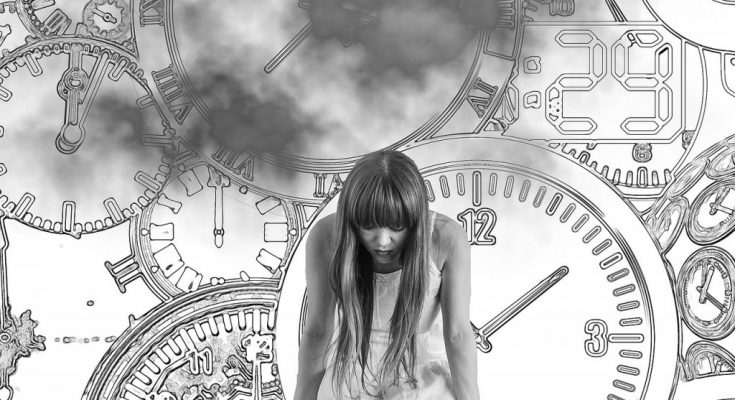 In this important video, relationship expert, Coach Lee, answers the question, “Will time make my ex forget about me?”

Be sure to watch this important video all the way through and then read the article below at least twice.

If you have been broken up with, you are likely experiencing some degree of panic and possibly even desperation.

You would probably pay a fortune to learn how to get your ex back and have probably been asking your friends for advice on making it happen.

One of the greatest concerns people often have is that they could be losing their ex as the moments pass by.

This sense of urgency, if you are feeling it, is caused by feeling that you don’t have any control over the situation and that causes you to feel that your ex is slipping through your fingers with each tick of the clock.

But that is unlikely to be true.

I’ll explain in this article and in the video above (be sure to watch it all the way through before or after you read this article because it is important if you are wanting to get your ex back). 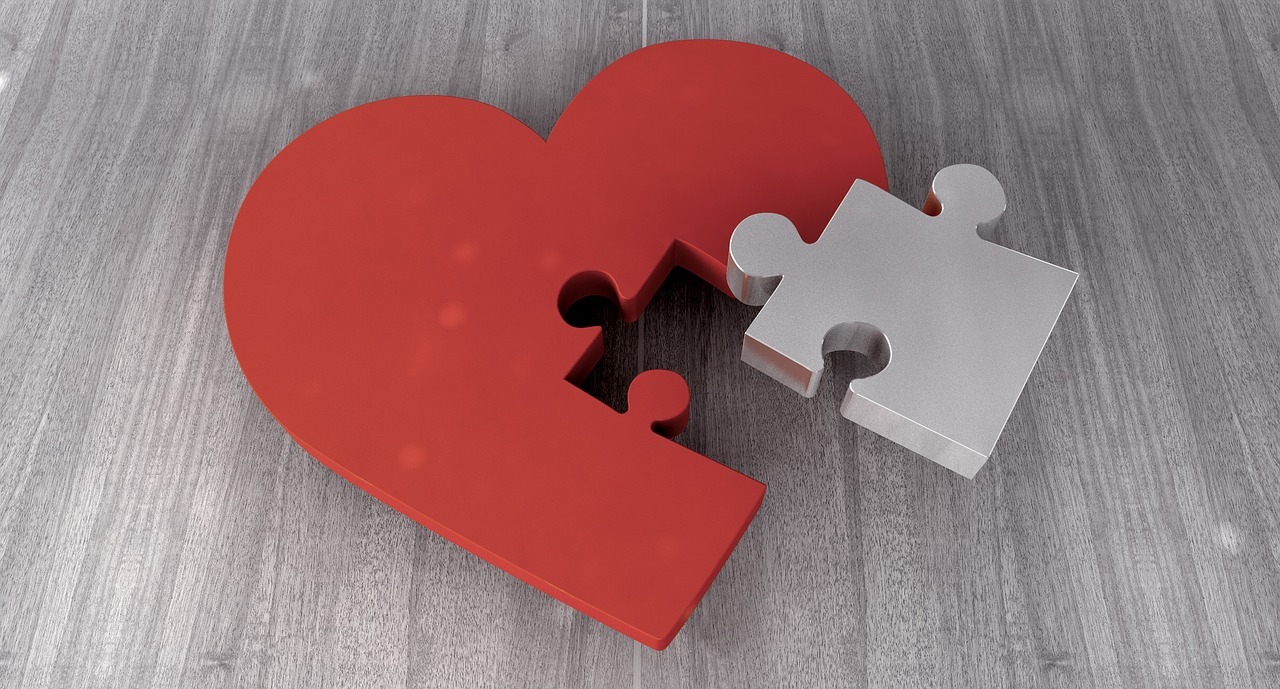 Will Your Ex Forget About You?

This is an important question to you if you are wallowing in the sorrow of a breakup and because of that, I take it very seriously.

However, take a second to consider the question logically – apart from the emotions of the breakup.

I get it, you feel overwhelmed and surrounded by the emotions and anxiety of this breakup.

You can’t just flick a switch and step away from it.

I understand and I’m here to help you, but at the same time, ask yourself, do you really think it’s possible for your ex to forget you?

For example, what if I told you that I still remember a friend who I met at a week-long summer camp when I was twelve years old?

We never saw or heard from each other again, but we had a great time that week and because of that, I still remember him to this day.

That was only a week.

I’d be willing to bet good money that your relationship with your ex was longer than a week and considerably more meaningful than a week at summer camp (though we did win the potato sack race by, like, twenty feet!).

Seriously though, if I still remember him, and I don’t have a great memory, what do you think the odds are of your ex forgetting you?

Do you fear that your ex will literally forget that you exist?

Or is it more that you fear that your ex will forget to consider you as a romantic possibility in the future?

As though they would scratch you off of the list of potential romantic partners and not bring you to mind when they were ready to continue seeking love.

Is that more of what your actual concern is?

Time Apart Usually Helps Your Chances of Getting Your Ex Back

Time apart is an interesting concept.

Too much time together can damage or destroy a relationship.

Too little can do the same.

After a breakup, however, time is a surprisingly-powerful ally in your effort to re-attract your ex boyfriend or ex girlfriend.

You see, what you feel is not always real.

It seems like it would feel so good to interrupt time and, therefore interrupt the process of it working on your ex’s mind and heart during no contact, but it would be an illusion.

It would feel like you were accomplishing something, but you wouldn’t be.

It’d be more like rattling an animals cage at the zoo.

While you might accomplish some activity, like casual words or even anger, you are very unlikely to help your cause of getting your ex back.

You are almost certainly likely to push your ex further away and cause the good things that had happened from using the no contact rule to evaporate. 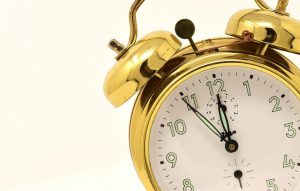 What Happens During Time Apart From Your Ex?

Rather than forget you, time apart and the no contact rule actually help your ex remember you and the good that existed within the relationship you two had together.

It is during this time apart that your ex can go through the stages that normally happen after a breakup while you are in no contact.

My article about that is linked to in the sentence above, but the concept of what usually happens is that your ex will be relieved for a short time after the breakup if you leave them alone (again with the no contact rule).

It’s important to let them go through this short stage if you want to get him or her back.

Because your ex is going to go through this stage at some time one way or the other and if you give them the breakup fairly quickly, the relief period won’t last as long. 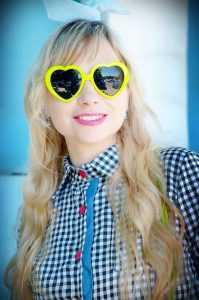 Why does your ex feel relieved?

Your ex feels relieved in the period immediately following the breakup because they got an incredibly awkward and sad event over with.

It’s not like your ex wanted to hurt you (unless your ex is a true narcissist).

In fact, your ex likely dreaded breaking up with you because they still care about you and cared at the time when they broke up with you.

Because, at the time, your ex believed that there wasn’t a future with you, they forced themselves to go through with the breakup.

Unless the relationship was filled with fighting, anger, and hurt, your ex isn’t feeling this relief because they are thrilled to be away from you.

Your ex feels relief during the time shortly following the breakup because they got that awkward task over with and behind them.

They believe it will be easy from here on.

It is very important (vital even) that you don’t interrupt this stage.

If you stay away, it will likely be short lived.

If you reach out, text, call, show up, write letters, watch their Instagram stories, etc., you will delay and extend the relief period.

What ends the relief period after the breakup?

Your ex begins to experience the new normal of you not being there.

Your ex’s phone vibrates but it’s not you.

Your ex spends weekends without you.

He or she starts to realize that you aren’t chasing them or trying to get them back at all.

This is when curiosity sets in.

What are you doing?

Who are you doing it with?

Have you “moved on”?

Do you not want them back?

Will you ever reach out to them again?

Mystery is much more powerful than answers!

If you reach out, you give your ex answers to those questions and put them back in the relief stage.

Even if they don’t like the answers, the answers still provide a basic human desire in terms of closure.

Mystery only unearths more questions, often leads to preoccupation, and ushers in the next stage your ex goes through during this time.

Rather than forget you, time has given your ex a roller coaster ride of relief, curiosity, and now concern.

What is your ex concerned about?

The mystery and curiosity most likely amplified the doubt that your ex had in their decision to break up with you.

Every person who breaks up with another has at least a little doubt – even if they believe it was the right decision.

No one is one-hundred percent certain about dumping someone (unless their life is in danger).

There might be only ten-percent doubt, but it doesn’t take much if you stay away and let time do its thing.

Curiosity will turn your ex’s doubt into concern.

Your ex will likely start to feel concern that you are “moving on,” and will feel pressure (the right kind of pressure) that they had better be certain of wanting this breakup because they could lose you forever.

Does this sound like an ex forgetting about you?

Their concern will be magnified with each day that passes without a text or call from you.

You aren’t trying to get them back.

You aren’t doing anything!

At least it doesn’t seem that way.

In addition to being the blender that mixes curiosity into a nice creamy ball of concern, those observations also fire off a nice shot to your ex’s ego.

Men and women are both capable of massive egos, but every single person has at least some level of ego.

That is especially true if they have broken up with you.

The arrogance of the dumper will make the fact that you don’t appear to be trying to get back together with them cause them wonder if you don’t believe or feel that they are worth it or attractive enough.

Don’t worry, that’s a good thing for your ex to wonder about!

If their ego comes down some and you are the one who doesn’t seem too impressed or lost without them, then your value goes up.

You are demonstrating that you can live without them, that you can stay away, and that you don’t see them as some heavenly prize that is high above you.

The scales tip and your value goes up.

It is at this point that things can move in your direction quickly in meaningful ways.

This is the time when the odds are best that your ex will reach out to you.

I hope you can see how time can help your ex remember and put their focus more on you rather than making them forget you or move on.

Obviously not every case is the same and no one can guarantee anything when you are dealing with unpredictable human beings.

But the patterns that I’ve observed over nearly twenty years working in the relationship-recovery service suggest strongly that this gives you the greatest odds of getting your ex back after they have broken up with you.

If you haven’t already, be sure to scroll up and watch my video on this topic for a greater understanding of this concept!

To get my help with your specific situation and a tailored map to getting your ex back, Schedule A Coaching Call With Me or get more information on my Emergency Breakup Kit.