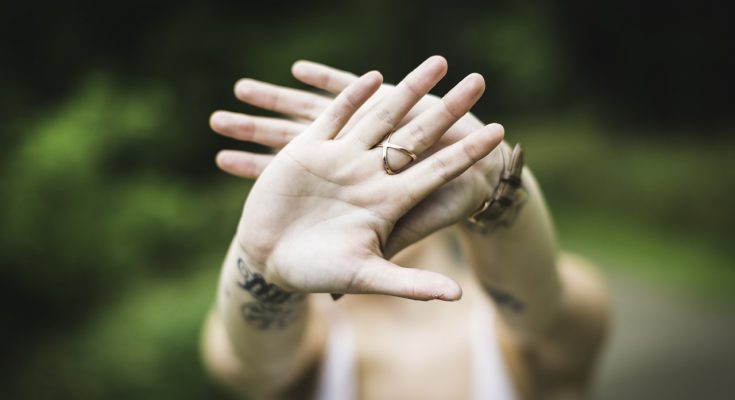 In this post I’m going to talk about why your ex won’t talk to you (the reasons) and how you can get an ex back when they won’t speak to you.

Be sure to watch the video above all the way through and then to read this article all the way to the end because your understanding of what is going on as well as being prepared for what will likely happen is very important in terms of how to get your ex back.

It’s you life, so take your time and read this all the way to the end.

You are asking this question from deep pain: “Why won’t my ex talk to me?”

I can tell you from two decades of experience in the relationship recovery service, this question is not just a curiosity issue for you.

It hurts intensely that your ex boyfriend, ex girlfriend, or even ex spouse won’t speak to you.

You two likely had a lot of experiences and beautiful moments together where it felt like you would be together forever.

But now they won’t even speak to you.

I want you to know that I understand that question and the pain behind it.

Why Does My Ex Ignore Me? 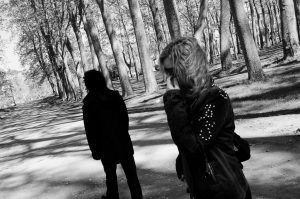 Here are some reasons why your ex might ignore you after a breakup.

1. There is residual anger from the breakup.

This can be if there was a lot of fighting during or after the breakup or if the relationship itself had a lot of bickering, fighting, and negative interaction.

This is the worst-case scenario if you are wanting your ex back.

This is when your ex might have a “good riddance,” attitude toward you or the relationship with you.

Your ex doesn’t desire contact or interaction with you if there is this kind of anger.

Attempts by you to interact with them will be met with negativity along with likely pushing your ex even further away from you.

Your only option in this situation is a clean-slate message and then to use the no contact rule.

Hunker down, since this type of breakup usually takes longer on average than others.

I didn’t say it was impossible.

But see this as a step in the right direction and then you should be patient going forward.

2. Your ex feels awkward with confrontation.

While this isn’t exactly confrontation in your mind, it could be in the mind of your ex.

If your ex struggles with social anxiety or with awkward situations, communicating with you would likely qualify in their mind.

So it’s easier for them to simply ignore you when you text or call.

Hopefully you know better than to call your ex as that is likely too intrusive and uncomfortable of a situation for them right now.

Such feelings are some of the last you want your ex to feel toward you.

You want your ex to feel peace and comfort towards you.

So keep that in mind.

Though this situation usually doesn’t take as long to get your ex back as the first point I mentioned, this one usually takes longer than average.

The reason for that is because your ex has to experience the loss and other negatives for longer before it’s enough to get them to reach out and attempt to get you back.

They have to feel it enough to push through the awkwardness.

This usually happens when you break no contact too soon.

Though I talk about how long you should stay in no contact, many people I speak with break because they believe that contacting their ex will cause something to happen.

Or they fear that their ex has forgotten them during no contact.

They usually then schedule a call with me in a panic because their ex had a negative response to them.

It’s difficult, when I’m on the phone with that person, for me not to say, “I told you so.”

So if you call your ex (again, this is not the most effective way to do it) and they don’t answer or if you text them and they don’t respond, it’s probably because your ex doesn’t want to get back together with you (yet) and so they don’t want to risk leading you on by responding to you at all.

In this case, you’ve got to get tough with no contact and not fall off the wagon again.

This is similar to the point I just covered in number 3.

Your ex is convinced, at the moment, that the breakup is still what he/she wants.

So your ex doesn’t want to have to tell you “no.”

In this situation, your ex just takes the easy way out and ignores you or won’t talk to you so they don’t have to feel that they have hurt you.

Or they don’t have to witness it.

Your ex will likely feel pity toward you in this situation.

Pity is not attraction.

You need to re-attract your ex and if your ex pities you, it’s certainly not attraction.

It’s basically the opposite.

No one has ever said, “I was so attracted to them because I pitied them.”

It just doesn’t happen and for that reason you really and truly must stay away and stay in no contact.

It’s so important and your odds of getting your ex back are much better if stay in no contact for at least two months even though it seems like it would feel so good to speak to your ex.

5. Your ex has blocked you on their phone or in other ways.

If your ex has blocked you, this situation becomes trickier.

If your ex has blocked you, you won’t get a response to a text or an answer to a call.

In this case, your ex doesn’t know that you are reaching out, so don’t take the lack of response personally.

Of course, I’m sure you will take them blocking you personally and I would as well.

Many people in your shoes are tempted to try to contact their ex in another way to get around being blocked.

I strongly encourage you not to do that.

The response you will almost certainly receive is not going to be the one that you want.

The reason for that is clear from this example:

What if you wanted to be alone and went to your room?

You closed the door but your sibling kept opening the door and coming in.

Despite continually telling them that you didn’t want to talk and just wanted to be alone, they kept barging in.

Finally, you locked the door.

Surely they would get the message!

Let’s say that they didn’t get the message (or refused to) and instead, went outside and climbed in through your window.

Are you going to be glad or excited to see them?

Are you going to say, “You are so clever figuring out that you could break into my room after I locked the door”?

No, you are going to say, “Did you not get the message when I locked the door. Are you crazy?”

That is how your ex is going to respond and you are going to get a one-way ticket to Stalkerville (population JUST YOU).

If your ex has blocked you and you want them back, respect that they are not wanting any contact with you right now.

It happens often that an ex unblocks the person in your shoes if you don’t try to barge your way in through or around their blocks.

This could take a while, but your best be, by far, is to respect their space and privacy.

I’ve listed some of the reasons that your ex might not be speaking with you or might be ignoring you.

I’ve also explained some of the things you must do and many of them are to go into or stay in no contact.

Gain from my two decades in the relationship-recovery service so that you can have the best chance possible of getting your ex back! To do that, get my Emergency Breakup Kit!