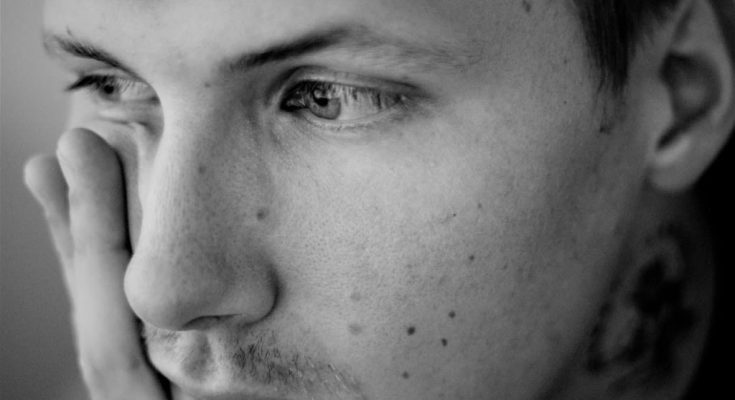 I hear it a lot, in different varieties.

“My ex boyfriend hates me but I love him.”

“My husband hates me and wants a divorce.”

This often seems the most hopeless situation to people who want to get their ex boyfriend or fleeing husband back.

Sometimes he comes out and says it to you.

Those crushing words seem to paint the worst-case scenario.

Hate seems so far away from love that the road back seems insurmountable.

I’ve learned a lot in the last two decades in the relationship-recovery service.

And one of the more important lessons is that there is something considerably worse to hear from someone than, “He hates me.”

You would rather your ex boyfriend hate you or your husband hate you than for him to be numb towards you.

If he feels nothing toward you, the situation is more difficult and the odds aren’t as strong that the two of you will get back together.

I need to point out something important to you.

That is, just because your boyfriend or husband is cruel toward you, it doesn’t mean that he literally hates you.

In fact, just because your man tells you that he hates you doesn’t mean that he really and truly does.

But even if he does, you are better off than if he felt nothing at all for you.

The reason is because the feeling of hate is often due to intimacy.

I know that sounds odd, but stay with me.

The English writer Geoffrey Chaucer was the first to use this expression in his work Tale of Melibee, in the 1300s.

What is means is that the more you are around someone, the more their idiosyncrasies, habits, mannerisms, and even the sound of their voice can start to irritate you.

But there’s even more.

The greater the level of intimacy you feel with someone, the more what they say, think, feel, and do matters to you.

If some stranger on the street doesn’t like your shirt or perfume, it might bother you for a moment, but you’re quickly over it because you know that you are not likely to see this person ever again.

That person doesn’t impact your life or even know you.

Or if someone you don’t know has opinions you strongly disagree with, you can go on with your day just fine for the most part.

If someone you are close to or even in love with has an opinion or deeply-held belief that differs from yours or opposes it, while you tolerate it to some degree, it impacts you more.

Often it impacts you considerably more.

We want unity with this person at least to some degree and if we feel that they think badly of us or have a deeply held belief that counters our own, no matter how much we might want to seem like it doesn’t bother us, if we are being honest, it usually does.

The more intimate we are with someone, the more of what they say, feel, think, and do matters to us.

That means that our reactions to what they say, feel, think, and do can be more intense.

It can result in anger, strong arguments, hurt feelings, and even the desire to leave the other person.

The Good News If He Says He Hates You

Hate and love can often coexist.

Hate often covers hurt in a similar way to anger.

When someone is angry at you, there is often deep hurt beneath it.

When someone is cruel to you, there is often hurt from your actions or the actions of another person in the past that is fueling their emotion.

Your ex boyfriend or leaving husband could even be associating you with the actions of someone else from his past.

Even if you didn’t intend to cause him to feel that way, if something you did seemed to be moving in that direction, his inner protectionist instincts begin to circle the wagons.

It’s not fair, because you are paying for the cruel or selfish actions of another person, but it could be the reality of the situation.

The good news is that if you do what I suggest in the next section of this article, there’s a good chance that he can see how you are different and that his intense feelings of hate can move back into love.

You would probably be surprised how often that happens.

You have probably heard it before and I’m sure you wanted to hear a different answer because you likely want to show him how much you love him right now.

The thing to do, however, is to stay away from him at the moment.

This will stop the damage and prevent you from becoming a source of annoyance or continuing to be.

It will allow the emotions to calm and show him that you can stay away.

It will allow him to put things in perspective and reflect so that he can escape some of the emotion and see things as they really are instead of projecting onto you the mistreatment that he experienced in the past.

What I’m talking about is the no contact rule and sometimes it is the most loving thing that you can do.

It is usually also the most effective and impactful action you can take.

It shows him that you get it and that you know when someone needs time to themselves.

It shows emotional maturity because most people believe they can talk their way into or out of anything.

You, on the other hand, will be demonstrating that you hear him, that you aren’t placing what you want above what he wants, and that you are different from those other people who probably took a much more demanding and selfish approach.

Add Some Mystery To The Strategy

If he said he hates you, it’s possible he’s saying that to get you to leave him alone, with plans to reclaim you when he’s ready.

That doesn’t sound too great does it?

It’s okay if you still want him back and if someone mocks you for it, remember that it’s your life and not their’s.

I know that you realize he’s not perfect (neither are you) or that the situation is perfect, but you see and feel potential.

And you love him.

Sometimes the best relationships have gone through difficulty but come out so much stronger on the other side.

So no, you’re not crazy or naive for wanting him back.

Just accept that you might get him back (and your odds go up considerably with my help) but that there are no guarantees.

He has free will and isn’t a math problem.

Radio silence, however, is a way to not only show him that you aren’t pursuing or trying to force him to take you back or bridge the distance he has put between the two of you, BUT it also can cause him to pursue you.

You can read more about it with the link above that says Radio Silence (open it in a new window and read it AFTER you have finished this one).

I’m going to tell you how to do it but first, here is why it works so often to get an ex back.

What keeps you up at night?

What will happen with this and that.

It’s the questions. The mystery.

The answers might be difficult to accept and might hurt, but since we have the answer, there’s not much left to go over.

The questions are what occupy our minds and cause us to continually seek the answer.

Trust me when I say that you want your boyfriend or husband to become at least partially preoccupied with you during this time.

And one way to do that is with Radio Silence which means that you don’t post anything on social media, you don’t talk to his friends (or anyone who knows him at all!), and you don’t go places he might be if at all possible.

We want to starve him of any news about you.

As best he can tell, you just disappeared.

So he will wonder about you and the only source for the answer is, well, you.

But you aren’t giving him anything at all.

You become a total mystery.

He knows nothing of what is going on with you.

You might be asking, “But if he says he hates me, why would he care?”

But that’s where no contact and radio silence work on his mind and heart.

He might not care so much right now when he is not faced with the reality of losing you.

But not hearing anything from you at all is an alternative reality.

He doesn’t know if you are moving on, if there is someone else, or if you are having no trouble with being away from him.

It’s a maze of possibilities as far as he is concerned.

The mystery is powerful.

So in addition to giving him relief from the drama between you two, time to reflect, showing him that you aren’t the kind of person to try to force yourself on him or get your way by verbal force, you also allow him to experience the space or even the breakup that he thinks he wants.

He doesn’t even know because it’s all conceptual at this point.

Him hating you is all conceptual at this point as well.

Let him live in a reality without you and most of the time you’ll see him coming back, often emotional, apologizing for saying he hated you and asking for another chance.

It’s both simple and difficult at the same time but I can tell you from two decades in the relationship-recovery service that it works a lot!

It is the most effective strategy that I have observed.

Move forward confidently knowing that you are doing the best thing to get him back.

Gain from my two decades in the relationship-recovery service so that you can have the best chance possible of getting your ex back! To do that, get my Emergency Breakup Kit!