What can you do if your ex says there is no chance of getting back together?

Be sure to watch this important video all the way through as Coach Lee answers this question and then read the article below at least once.

People are often saddened to hear and remember the words of their ex after a breakup.

It is during this time that the person who is doing the breaking up is most set on doing it and therefore can be harsh in order to prevent the person being dumped from trying to talk them out of it.

They will often say that there is no chance of getting back together in order to try to prevent you from making it more difficult for them.

The good news for you is that at this point they are so dead set on breaking up with you that what they say is often not what they will feel in the near future – especially if you follow the strategies explained on my site or in my Emergency Breakup Kit.

It is in the moment that they feel that the two of you will never get back together.

But it’s kind of like saying that they want to be friends.

It’s something that is very often said at a breakup, but the vast majority of the time, it’s just said to be nice and in an attempt to ease the awkwardness.

Below is my most recent video on this complex situation. I highly suggest you watch it all the way through to educate yourself as much as you can on this situation so that your chances are as good as possible to get your ex back.

Chances of Getting Back Together With Your Ex

When your ex says that there is no chance of you to getting back together, they feel it in the moment in large part because they believe that they could get you back at any time anyway, so there thinking is, “what does it matter” what they say to you?

Because they are the one who is breaking up with you, they believe that you will always want to get back together with them and that they cannot lose you.

Therefore, they have no fear of loss or sense of loss from the breakup.

They feel they have a safety net because they feel that if they ever change their mind that you will quickly take them back.

So your ex feels that they can do or say anything without risk or repercussion.

They have no fear of loss.

Since your ex feels in control because he or she thinks that they could get you back in a second if they wanted, there’s no feeling of losing you or the relationship because to them, in a sense, it’s not really gone.

Your ex doesn’t feel that because they believe that you are not lost.

They believe that you want them back and that it will be that way for a long time so they feel the freedom to do whatever they want, knowing that they could get you back at anytime if they feel that they made the wrong decision.

So there’s no reason for your ex to miss you or feel that they have lost you from their lives.

They feel all of the power knowing that you are immediately reclaimable and that you will be waiting in backup-plan-mode.

In fact, your continued presence and contacting your ex presents a problem for your ex.

Far from them feeling your absence, they are annoyed by your presence!

That certainly doesn’t help your chances of getting your ex back.

By lingering and contacting your ex, it’s impossible for them to miss you or feel the loss that they should feel following a breakup if you want them to come back to you.

You feel the loss, but your ex does not!

This places you at a polar-opposite point from your ex following the breakup.

Your ex means it in the moment.

They feel it then and they are saying it to prevent you from getting your hopes up and because they are tired of you chasing them or don’t want you to start.

We already knew that your ex had lost attraction for you and didn’t want to be with you. So that’s not anything new.

Using the strategies I speak about in videos and in my articles here, your ex’s heart can be turned back to you and their attraction increased again.

It won’t happen overnight in most cases.

It usually won’t be like flicking a switch (though it sometimes is).

But the key here is that just because your ex said that you two would never get back together, doesn’t mean that’s the case.

It means that your ex felt that in the moment or wanted to say that to prevent you from annoying them with calls, texts, etc.

They could also be saying it to prevent getting your hopes up because they don’t want to hurt you further.

This statement should be seen just as the breakup, as though it’s likely something temporary if they are allowed to be without you so that they have the opportunity to miss you, to see that they don’t like or want the breakup, and to be re-attracted to you.

When your exes attraction for you goes back up from you applying the techniques I often discuss on this site and in my Emergency Breakup Kit, your ex will often even forget that they said such a thing as you two “not ever” getting back together or that there is “no chance!” I hear it all the time from my clients.

To get my help with your specific situation and a tailored map to getting your ex back, Schedule A Coaching Call With Me or get more information on my Emergency Breakup Kit. 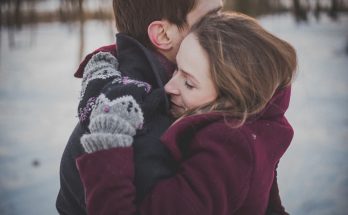 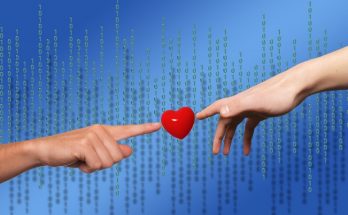 What Is A Rebound Relationship 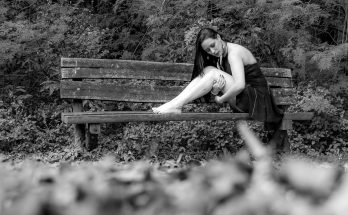